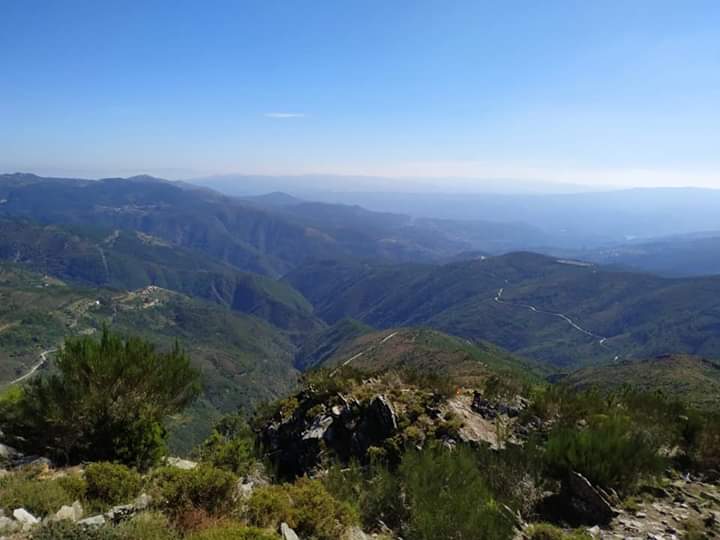 One week after the IM 70.3 Cascais I drove to the northern interior of Portugal to the Vale de Cambra to take part in the National Sky Marathon Championship.  Back to back weekend racing over the distances is not something I adovate especially the older you get; our bodies take longer recover. However, one of my targets this year was to complete a marathon and preferably a trail marathon so three of us from my trail team took the trip to score points for the team.
43km and 2600m of ascent/descent. Knowing the distance and the studying the race profile which had two big climbs, I made sure I took the first half of the race steady. The cloud cover kept the temperature nice and cool but after a couple of hours it had burnt off and the heat was on. The second climb AKA "The Wall" was a long slog uphill, really tough. I reached the top at just over 5 hours and 32km complete.  I lost a few places on the serra whilst I tried to recover and when the descent at 36km arrived I pushed on taking back in the places I had lost. Then, we had a final agonising climb into the village of Felgueira. I refused to stop moving my legs even though I just wanted to sit down, I was not going to let anyone go past me. I reached the top and then just pushed as hard as my legs would go into the village and the finish line.
Very happy to complete by first marathon in 06:55 hours coming home in 13th place and 5th in Age Group.

Beautiful countryside with rivers, waterfalls, valleys and serra - another new place I've visited and would come back and race there again.